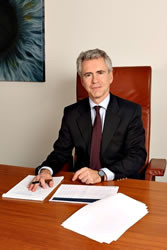 Former senior consultant at Ernst & Young Management Consulting Department, in Paris, then Senior Vice-President at Banque Vernes’ Department of M&A and Financial Engineering, from which he moved to the same position at Dexia Banque Privée. He is a graduate of Institut d'Etudes Politiques de Paris and of ESSEC (a leading French business school). He has a Law Degree and a Masters in Social Studies from Paris University. 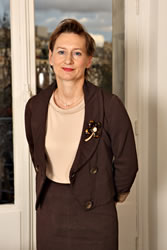 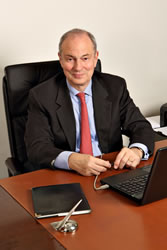 Former banker at BNP, then Vice-President at Indosuez. He was subsequently Senior Vice-President responsible for M&A and Corporate Finance at Banque Française Standard Chartered and at Crédit Chimique. He moved to be in charge of M&A at UI, Crédit Agricole Group, then Executive Vice-President, in charge of M&A and Financial Engineering at Banque Vernes and Dexia Banque Privée. He is a graduate of Institut d’Etudes Politiques de Paris. He has a Law Degree and a Masters in Economics from Université de Paris.